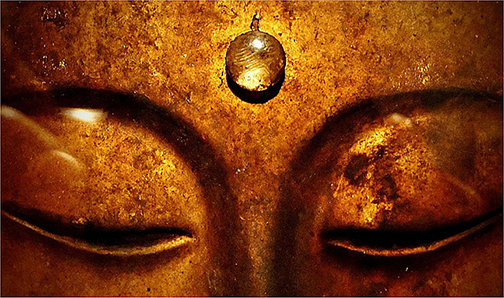 Instructions: 1 tablespoon per 70 lbs of body weight daily as needed.

Is gold safe to ingest?

Yes. Gold is a natural mineral and it is totally safe to ingest. Do not take if you are allergic to gold.

What about white powder gold called ORMES? Is this the same thing?

No. White powder gold and the so-called "monotomic" gold are neurotoxins that actually kill brain cells. It is a gold salt that is dissolved in water or even worse, sold as the crystalline powder itself. Products labeled as ionic gold are really gold chloride, also called Chlorauric acid or Auric chloride, a water soluble gold salt. The reason you don't see gold chloride on the label or mentioned in the ads is because gold chloride is known to be toxic to humans. Gold chloride has been known to cause Peripheral Neuropathy, serious damage to the nervous system. NEVER consume any white powder claiming to be gold.

What is a heavy metal?

It depends on who you ask. Over the past two decades, the term "heavy metals" has been used increasingly in various publications and in legislation related to chemical hazards and the safe use of chemicals. It is often used as a group name for metals and semimetals (metalloids) that have been associated with contamination and potential toxicity or ecotoxicity.

Are your products considered heavy metals?

Many products claiming to be gold are actually ionic gold which is not the same. In an ionic gold solution the gold content is contained in gold ions, not in gold particles. Ionic gold is actually neurotoxic meaning it is toxic to nerve cells. Ionic gold is easy to visually identify because it is clear liquid and looks like water.

Alkaline Supreme Gold contains only pure water and pure gold and is non-toxic.

- Does not interact or interfere with any medications.

- You should not use this product if you are allergic to gold!

- Allergic reactions to gold, while not unheard of, are uncommon.

Alkaline Supreme gold is the result of thousands of hours of research and development over a period of several years. The resulting product, with a particle surface area many times greater than other products of this type, provides more usable gold to the body.

Most products advertised as being gold are produced using an electrolysis process that produces gold particles that are typically 70 - 120 nanometers (nm) in diameter. These particles are very large compared to the nanoparticles in Alkaline Supreme Gold. The much smaller size of the gold nanoparticles in Alkaline Supreme Gold produce a much higher particle surface area than other brands. It is the particle surface area which determines the effectiveness of the gold.

One tablespoon (15mL) daily per 70 lbs body weight. Optimum dosage must be determined for each individual. Most adults will find their optimum usage will be between 1 and 4 tablespoons. Some power users take 6 to 8 tablespoons daily. To find your optimum dosage, start with two tablespoons daily for one week, then double to 4 tablespoons for one week. Then cut back one tablespoon at a time and try the new dosage for one week to find what dosage suits your individual requirements. For children start with a dosage of one teaspoon (5 ml) for each 70 pounds of body weight and determine the optimum dosage by doubling the dosage after one week. Individual requirements will vary so actual dosage must be determined by trial and error. A large dosage is not harmful.

*Should be taken in the morning on an empty stomach 15-20 minutes before eating for maximum absorption.

- a three month's supply when used at a dosage of one teaspoon per day.

- a one month supply when used at a dosage of one tablespoon per day.

- a two week supply when used at a dosage of two tablespoons per day.

- Gold has no reported adverse side effects.

- Gold does not interact or interfere with medications.

- Gold is a noble metal so it has an infinite shelf life.

Effect of Gold on Cognitive Functions: A Pilot Study

In order to evaluate the effect of metallic gold on cognitive functions, the revised Wechsler Intelligence scales battery of tests (WAIS-R) was administered to 5 subjects aged 15 to 45 years, before, after 4 weeks on gold at 30 mg/day and again 1 to 3 months off the gold preparation. The WAIS-R total scores (I.Q) were calculated by adding the sum of the verbal test scores to the sum of the performance scores. After 4 weeks on gold, there was a 20% increase in I.Q. scores with mean + SE of 112.8 + 2.3 pre gold and 137 + 3.8, post gold (p <0.005). Both the performance and verbal test scores contributed equally to this increase in I.Q. scores. The effect of the gold persisted in 3 subjects after 1 to 2 month off gold, where as in 2 subjects who took the tests 3 months after stopping the gold , I.Q. scores were down to baseline levels.

It is generally accepted that intelligence or cognitive functioning is the sum of many mental capacities. For this reason, tests that were developed to measure intelligence quotient (I.Q.) comprised a series of subtests evaluating the several dimensions of intelligence. Of the several I.Q. tests available, educators have found that the Full Scale I.Q. score of the Wechsler intelligence scales (WIS) battery, which is calculated from the sum of the individual scores of 11 tests, (6 verbal and 5 performance tests) is an excellent predictor of academic achievement.1 The revised version of this I.Q. test (WAIS-R) has been used extensively to assess the effect of deficiencies and supplementation of specific nutrients2,3 and the effects of sex, race, age and education4-7 on mental performance.

Gold is a precious metal which belongs to the transition group I in the periodic table and exists in nature in two basic forms: metallic gold and gold salts. Metallic gold is non-toxic, used extensively in dentistry and is widely available as a nutritional supplement for human consumption. One of us (GEA) has observed a significant subjective improvement of mental performance in 21 adult subjects after ingestion of a preparation of metallic gold  for 3 to 9 months at a daily dosage of 15 mg of gold (unpublished). In order to use an objective and more standardized approach in evaluating the effect of gold on mental performance, the WAIS-R battery of tests7 was performed on 5 subjects (4 females, 1 male) age 15-45 years, before, during and after the ingestion of the same gold preparation at 30 mg/day. The results suggest that gold at 30 mg/day improved significantly the I.Q. scores after only one month of administration.

I love everything about you and your platform.

This is a wonderful product. I had what they call trigger finger, when my thumb was locking up because the inflammation build-up and I had a knot on the bottom of my thumb, I started taking the gold and I noticed that my thumb wasn't locking up anymore and I could move it around and no more pain. Thank you Hidden Powers. I love everything about you and your platform.

Also cleared up my face

I use the gold on my face and it cleared away all the dark spots from acne.

This is a wonderful website every product that I have ever brought has work ,I have try the gold before and I hate that I had to stop ordering for a while but I'm back now and I will continue to buy when ever I run out .

I enjoy the calmness. i have tried similar products and this is the best. I'm sorry that the site will be going down for the public and for members only. I've also ordered the Detox teas and drops all products work well together. Thank you for the opportunity to experience your products!

Love it! The first day definitely hit me in a great way , it made me happy I have energy and I love laughing literally I laugh a lot when I take my gold , my son and daughter are also taking it they are more calm and more focused they both suffered from ADHD for years but now this gold in a bottle works wonderful wonders!!

Wow I feel so good and I have more energy then before been using it now for a few day noticed the difference within a hour there's power in the GOLD step up!!

This is a must have product much like everything else on this site. This one is literally always on the shelf at home. I feel amazing everyday even after working long hours. Thank you HPU/HPW.

I LOVE THE SUPREME SILVER AND GOLD I HAVE MORE ENERGY, FOCUS, HELPS MY MEDITATIONS, KEEPS MY SKIN GLOWING, I HAVEN'T HAD A COLD IN 2 YRS I HAVE ORDRED 2 TIMES I WILL ORDER AGAIN SOON FINALLY ALCHEMY I CAN TRUST! THANKS NAAZIR SHALOM!